You are here: Home>Categories>Industry>Llanhilleth Colliery>Colliery Manager and Miners Representatives circa 1947

Colliery Manager and Miners Representatives circa 1947 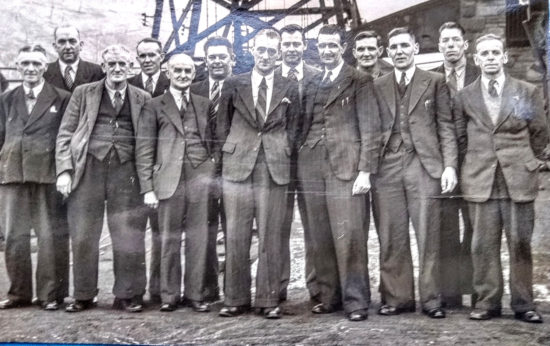 It has been suggested that this is the Colliery “Consultative Committee”, set up when the colliery came under the control of the newly formed National Coal Board in 1947.