You are here: Home>Categories>Buildings>Bridge>Crumlin Viaduct before railway tracks laid 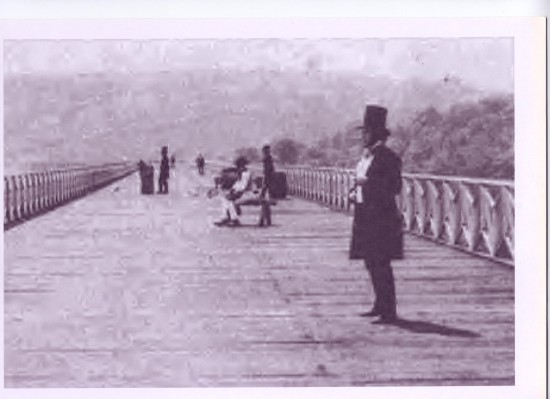 Crumlin Viaduct before the railway tracks were laid.

The first person to cross the viaduct was Kennard, followed by his wife.

Could the man in the tall hat be Kennard?