You are here: Home>Categories>Buildings>Bridge>Crumlin Viaduct: Wonder of the Industrial Revolution 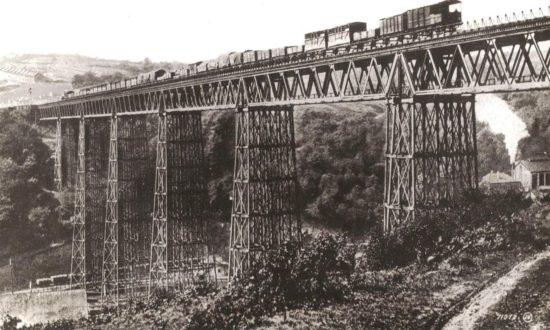 Officially opened on 1st June 1857, Crumlin Viaduct was hailed as “one of the most significant examples of technological achievement during the Industrial Revolution”.

At 200 feet high and 1638 feet long, it was the highest railway viaduct in Britain and only the Aqueduct of Spoleto in Italy and the Portage Timber Viaduct in the United States were higher anywhere else in the World.

The last passenger train crossed the viaduct on 13th June 1964 and it was later demolished along with the closure of over 2,000 stations and a quarter of Britain’s railway lines as a result of the report by Dr. Reginald Beeching in 1963.

During its demolition, it was used as a location for the film “Arabesque” starring Gregory Peck and Sophie Loren.