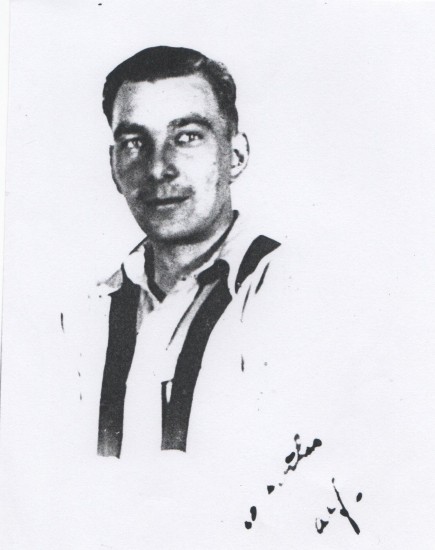 Sergeant/Air Gunner Alfred Llewellyn Sargeant was stationed with 84 Squadron of the Royal Air Force and was shot down over Albania, on 22nd December 1940, during a bombing raid on oil fields, in World War II, aged 22.

His parents, William George and Agnes Mary Sargeant, of Llanhilleth, were informed he was missing in action on Christmas Eve.

His death is commemorated on the Alamein Memorial in Egypt.

Alfred was the brother of Charles Sargeant DFM who is also featured in the archive.