You are here: Home>Categories>People>Individual>David Brunt - "The father of meteorology"

David Brunt - "The father of meteorology" 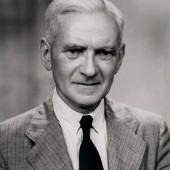 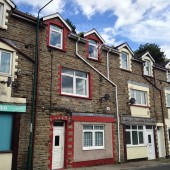 What is the link between the ‘father of meteorology’, Llanhilleth and, Abertillery County School?

In 1896, John Brunt, a lead miner from Montgomeryshire brought his family to Llanhilleth where he worked as a collier. On the 1901 census they lived at No.7 High Street, Llanhilleth. The youngest of nine children, David, was brilliant at Maths and in 1899 he won a scholarship to study at the recently opened Abertillery Intermediate School, one of only 2 ‘secondary’ schools in the ‘western valley’.

In 1904, David Brunt won 2 scholarships, which enabled him to study physics and mathematics at Aberystwyth University where he graduated 3 years later with a first class degree with distinction. His academic studies continued at Trinity College, Cambridge where he specialised in Astronomy, studying the Sun.

In 1913, David left Cambridge to lecture in Mathematics at Birmingham University but returned to Monmouthshire a year later where he taught at the Monmouthshire Training College for teachers at Caerleon. In 1915 David married Claudia Roberts, a fellow pupil from Abertillery County School and Aberystwyth University where she graduated in French with distinction. Her father, William Roberts, was a schoolmaster at Nantyglo.

By 1916, the First World War intervened in David’s career and he joined the Meteorological Section of the Royal Engineers as an officer. Here, David got involved in the practicalities of weather forecasting and did important work related to atmospheric conditions at low levels in chemical warfare. He later became meteorologist to the Air Force.  After the war he joined the Met Office, which became the Air Ministry in 1921, applying his mathematical skill to the problems of handling large amounts of data from weather observations. He accepted Sir Napier Shaw’s invitation to join him as part-time professor of meteorology at the Imperial College, London. After the retirement of Sir Napier Shaw, he became the first full-time professor of meteorology in Britain, holding the chair from 1934 to 1952. Two years later he was elected a Fellow of the College.

David’s pivotal role in putting weather forecasting onto a scientific footing for the first time has led to him being called, ‘the father of meteorology’.

Between 1936 and 1939 he contributed to a theoretical understanding of fog dispersal, information used in the development of the FIDO fog dispersal system.

He was made a Knight Bachelor in 1949 and Knight Commander of the Order of the British Empire (KBE) in 1959.