You are here: Home>Categories>People>Individual>Ray Gunter 1909 - 1977 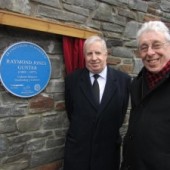 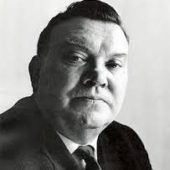 On Friday 6th December 2013, Torfaen MP Paul Murphy unveiled a commemorative plaque in honour of Ray Gunter, the Llanhilleth born former Labour MP and Cabinet Minister.  The plaque was placed in the railway station of his hometown in recognition of his time as President of the Transport and Salaried Staff Association.

Born on 30th August 1909, the son of Miles Gunter, a fruiterer and later colliery pumpsman, and his wife Clara Adeline Jones, of 18, High Street, Llanhilleth.

He attended Abertillery and Newbridge Secondary schools and at the age of 14 years became a booking clerk with Great Western Railway.

The 1939 Register shows him living in Burvale, Commercial Road, with his wife, Elsie and son, David.

Ray Gunter had a long and distinguished career in Parliament from 1945 to 1972.  He served in the Cabinet of a number of Labour Governments, most prominently as Minister of Labour under Harold Wilson.

“As a young man, fascinated with politics, I became aware of Ray Gunter when he was a member of Harold Wilson’s Cabinet. What impressed me was that someone who came from the same part of the word as myself and who had the same accent as mine, could aspire to be a member of the Cabinet. It is fitting that a permanent memorial should be erected to honour his memory and I am very privileged, as a former Labour Cabinet Minister myself, to be associated with this event.”

“I am delighted that Ray’s work as an MP and trade unionist is being recognised with this permanent reminder so close to his birthplace.”

The photograph shows Paul Murphy and Hedley McCarthy at the unveiling of the memorial plaque.

We would be grateful to receive an image of Mr. Gunter that we could add to this post.